Debbie Spielberg has worked on legislation and policy at the national and local levels, including serving as Legislative Director for Congressman John Lewis (D-Atlanta).  She currently is a legislative aide for Montgomery County Councilmember Marc Elrich (D at-large), where she works on transportation, housing, economic development, and environmental issues, and is also the chairperson of Jamie Raskin‘s Maryland State Senate campaign.  In this article, Spielberg draws on her experience working on progressive policy initiatives to explain why Bernie Sanders is the rare politician with the right theory of change. 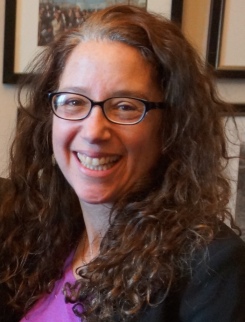 Nobel Prize-winning economist Paul Krugman recently echoed the argument of too many pundits, elected officials and some of my good friends that Bernie Sanders is too radical and his goals too idealistic to be electable, or, even, to enjoy legislative success if he is.

I remember a conversation I had about seven years ago with an erstwhile friend of mine who was consulting with the Obama White House on health care.  He told me that they were using focus groups to determine what health care proposals they could sell to the American public.  That seemed backwards to me.  I asked him why they didn’t first determine what the best proposal was, and then use the focus groups to figure out how to best sell it to the American public.

He quickly dismissed my question.  His argument: I just didn’t understand how politics work (never mind that I had spent years working in Congress and elsewhere in public policy).  Like Krugman, he believed in accepting the terms of a debate rather than in reframing issues, as Bernie does.

Unfortunately, Republicans get why this approach is misguided.  Packaging and sales can make or break an initiative or a candidate.  Remember the sales pitch that candidate George W. Bush was a “compassionate conservative?”  Remember the Swift Boat Veterans for Truth ads, recognized as lies at the time, which effectively distorted John Kerry’s record as a war hero?  Going back much further, President Harry Truman’s proposal for national health care in 1948, overwhelmingly popular at the time, fell victim to negative messaging from the first-ever political consulting firm.

How politicians and the media frame issues plays an essential role in how the public responds.  Bernie is competitive in the polls, and his campaign is generating excitement among many voters (both young and old) around the country, because he understands this point. We don’t rebuild and strengthen the middle class, which is the foundation of a strong democracy, by refusing to think big.  We do it by building a movement, and that starts with unapologetic advocacy for policies that help people.

Consider the bailouts during the Great Recession.  President Obama, top economic adviser Lawrence Summers, and Treasury Secretary Timothy Geithner should have declared that government’s top priority was to help individuals hold on to their homes (which are the largest part of middle-income wealth).  The right “sales pitch” with the right vision might have toppled Congressional opposition.  (I write “might” because we can’t know – they didn’t try.)

Instead of helping individual homeowners directly, the government bailed out (most of) the major financial institutions.  And held none of the offending executives and CEO’s of these institutions personally accountable.  Meanwhile, millions of Americans lost their homes and had to rebuild their lives from scratch.

In the same way that many well-meaning people believe that Bernie Sanders is “unelectable” (even though he has won 14 elections thus far in his life), many argue that a stimulus program focused on individual homeowners was not possible: the President and the Democrats who supported that approach could not have convinced others to rebuild from the bottom up.  I disagree.  President Obama did not take hold of the narrative and “sell” the best policies for the country.  That’s why his solutions turned out to be Band Aids, not the fundamental moves away from the Reagan/Clinton/Bush “assault” on middle-class and poor families that we desperately need.

Bernie, on the other hand, would fight for good policy ideas.  “Medicare for All,” free higher education, a $15 minimum wage, comprehensive immigration reform, addressing climate change, a focus on rebuilding our deteriorating infrastructure – these ideas would all strengthen the foundation of our country (literally, at least in the case of infrastructure!).  Importantly, though it may surprise Krugman et al., Bernie has a long record of translating such ideas into government policy that helps people.  As Eliza Webb summarizes over at Salon:

[Sanders] has combined what Krugman aptly terms “high-minded” leadership with deft policy-making, fiscal judiciousness with social liberalism, the agenda of the Republicans with the agenda of the Democrats, and strong purpose with clever bargains, to bring forth genuine, bona fide, palpable, honest-to-goodness change for the American people.

The dictionary defines radical as “very different from the usual or traditional.”  So perhaps Bernie and his ideas are radical.  With this “radical” candidate, we finally have a leader who is willing to shatter the conventional narrative and propose solutions that might actually make a difference.

2 responses to “How Change Actually Happens”