In this post, Part 2 in a series on Democratic presidential candidate Hillary Clinton, Emilio da Costa documents some of the actions that President Barack Obama has taken in the interests of the very wealthy. Emilio, who holds a master’s degree in City and Regional Planning from Berkeley and a bachelor’s degree in Urban Studies from Stanford, argues that Clinton is likely to follow suit – she has much deeper ties to Wall Street than to those whose votes she will be seeking on the campaign trail.

Part 1 of the series, which focused on Obama’s political appointments, can be found here. 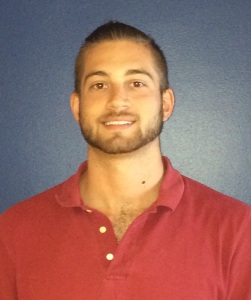 As was required at the time, Obama made promises during his campaign to rein in Wall Street and introduce regulatory reforms to the financial industry. All of the grumbling about Obama’s tax policy being socialist makes it hard to believe the extent to which he supported legislation that so disproportionately benefited the very wealthy. Obama not only extended the Bush tax cuts that he said he would repeal, but in the case of the estate tax, supported the even more regressive policy of lowering the rate and raising the exemption limit in 2010’s $858 billion tax-cut legislation. Although Democrats claim they were forced to compromise on a 35% rate with a $5 million per-person exemption to prevent a worse outcome in the future, if no law were to have passed that year, a 55% rate with a $1 million exemption would have taken effect. When introduced, the exemption limit of $5 million meant that only 0.2 percent of all estates would be eligible to owe any tax, the smallest percentage since 1934 – except for 2010, which Bush’s 2001 tax-cut legislation mandated would be totally estate-tax-free. Days after Obama signed the 2010 legislation, while interviewing Chris Hedges for Democracy Now, Amy Goodman summarized the impacts more generally: “At least a quarter of the tax savings under the deal will go to the wealthiest one percent of the population. The only group that will see its taxes increase are the nation’s lowest-paid workers.” During this interview Hedges argues that “one of the most pernicious things that Obama did in this tax bill was reduce contributions to Social Security, because of course that’s next on the target.” With Obama’s 2013 budget plan having cut Social Security and Medicare by much more than the GOP alternative, it appears Hedges’s predictions were well-founded.

Similarly, Clinton has been diligently working to pander to the masses as a candidate with a tough stance on white-collar crime while at the same time assuring her most devoted backers that they have nothing to worry about. In response to this delicate balancing act she has embarked upon, within days of Clinton announcing her entry into the presidential race, Matt Taibbi wrote a piece for Rolling Stone entitled “Campaign 2016: Hillary Clinton’s Fake Populism Is a Hit.” Few journalists are better suited to the task of exposing a fraud than Matt Taibbi. In typically hilarious fashion (the subtitle of the piece reads: “Pundits say her idealist porridge is not too hot, not too cold, but just fake enough”), Taibbi focuses primarily on Clinton’s position on the carried interest tax break to reveal the way that she, like so many high-ranking politicians, twists her words to manipulate the lower-income and middle-class masses while remaining faithful to the wealthy, high-powered constituency that she actually represents:

“There’s something wrong,” she told a crowd of Iowans, “when hedge fund man­agers pay lower taxes than nurses or the truckers I saw on I-80 when I was driving here over the last two days.”

Oh, right, that. The infamous carried interest tax break, the one that allows private equity vampires like Mitt Romney and Stephen Schwartzman to pay a top tax rate of 15 percent while all of the rest of us (including the truckers Hillary “saw” – note she didn’t say “hung out with Bill and me over chilled shrimp at the Water Club”) pay income taxes.

The carried interest loophole is an absurd, completely unjustifiable handout to the not merely well-off but filthy rich, and it’s been law in this country for about three decades.

Raise your hand if you really think that Hillary Clinton is going to repeal the carried interest tax break.

Whether or not the crowd of Iowans was convinced that Clinton legitimately planned to repeal the carried interest tax break, major media outlets published headlines that took the language from her campaign announcement as evidence that Hillary is a concerned populist dedicated to helping out struggling middle-class American families, until, as Taibbi documents, editorials with a conflicting message began popping up:

“Hillary Clinton’s Wall Street Backers: We Get It,” announced Politico, which polled Democrat-leaning Wall Streeters about the anti-wealthy rhetoric and reassured us that none of them took her seriously.

It’s “just politics,” said one major Democratic donor on Wall Street, explaining that some of her Wall Street supporters doubt she would push hard for closing the carried interest loophole as president, a policy she promoted when she last ran in 2008. [emphasis his]

Failing to follow through on campaign promises is no deviation from convention, and considering her convivial relationship with Wall Street, it’s no shocker that no one is worried that she would actually take any actions to her donors’ detriment. In particular, when it comes to the carried interest tax break, Taibbi demonstrates that there has been a distinctly noticeable pattern forming among Democratic candidates:

Yes, back to that, the carried interest issue. Promising, and then failing, to repeal the carried interest tax break is fast becoming a Democratic tradition, so much so that I’m beginning to wonder if not fixing this problem is an intentional move, designed to ensure that Democrats always have something to run on in election seasons.

In both the 2008 and 2012 election cycles, Barack Obama either decried the tax “trick” or overtly promised to close the loophole.

Obama’s remarks about carried interest pretty much always sound exactly like Hillary’s remarks this week. He gave a Rose Garden speech in 2011, in advance of his race against Romney, in which he rejected ‘the notion that asking a hedge fund manager to pay the same tax rate as a plumber or teacher is class warfare.’”

Taibbi then remarks on how, instead of holding politicians to their campaign vows or referring to them flat-out as disingenuous manipulation, media outlets tend to give such promises the designation of idealism. That makes the media complicit in politicians’ immunity from accountability:

Editorialists like to talk about the two things, ideals and reality, as totally separate and distinct. Idealism, the stuff of campaign promises, is usually pooh-poohed as “purity politics,” while the cold transactional politics of Beltway dealmaking and incremental change are usually applauded as “pragmatism.”

All of which is a roundabout way of saying that Hillary’s first official week as a presidential candidate went exactly as her handlers must have hoped.

At launch she talked a streak of anti-elitist rhetoric that was taken seriously for a few days, until the punditry took the temperature of her populism and declared to it be the right kind: the fake kind, the purely strategic kind.

In the same Politico article that Taibbi referenced above, Democratic strategist Chris Lehane, a veteran of Bill Clinton’s White House who now advises billionaire environmentalist hedge-fund manager and donor Tom Steyer, was quoted reiterating the notion that Hillary’s populist claims are totally hollow: “The fact is that any Democrat running for president would talk about this. It’s as surprising as the sun rising in the east.”

Considering Americans’ widespread disdain toward Wall Street banksters, Clinton is keenly aware of the importance of polishing over her strong ties to the financial industry. However, Matt Taibbi isn’t the only journalist that sees through her newfound appreciation for economic populism. Writing for the International Business Times, Andrew Perez and David Sirota looked through the publicly available data to follow the money beyond the baloney. They summarize how Clinton, in a recent speech, “call[ed] for Wall Street executives who engage in financial wrongdoing to be held accountable more than they have been under President Barack Obama.” But a quick look at the financial disclosure data for the Clinton Foundation suggests she would be unlikely to follow through:

Clinton’s outrage, though, did not stop her family’s foundation from raking in donations from many of the same banks that secured government fines rather than face full-scale prosecution. The Clinton Foundation has accepted $5 million worth of donations from at least nine financial institutions that avoided such prosecution — even as they admitted wrongdoing.

In that same speech, Clinton said, “HSBC allowing drug cartels to launder money, five major banks pleading guilty to felony charges for conspiring to manipulate currency exchange and interest rates. There can be no justification or tolerance for this kind of criminal behavior.” If Clinton believes that there can be “no tolerance for this kind of criminal behavior,” then it is a bit strange that, “in 2014, two years after HSBC admitted to major violations of U.S. laws, the firm was the top sponsor at a Clinton Global Initiative (CGI) event, paying at least $500,000 to the Clinton Foundation.” In fact, in addition to the CGI and the Clinton Foundation both having an illustrious record for accepting sponsorships and donations from criminal banks, both Clintons have accepted outrageous speaking fees from them, too.

The HSBC relationship — taking money from a bank after the firm admitted wrongdoing — was not unique. In 2009, UBS avoided prosecution by the Justice Department when it agreed to pay a $780 million fine and admitted to defrauding the United States by allowing American citizens to hide income from the IRS. The Swiss bank has since entered into two more agreements with the Justice Department — one for rigging the municipal bond market and the other for manipulating global interest rates. UBS has paid former President Bill Clinton more than $1.5 million for speeches since 2009, and the firm has given more than $550,000 to the family’s foundation.

In 2010, the British banking firm Barclays entered into a settlement agreement with the Justice Department, and admitted to violating U.S. sanctions by making transactions for customers in countries such as Libya, Sudan and Myanmar. Weeks later, Barclays was  sponsor at the annual CGI event. Barclays has remained a CGI sponsor in the years since, even after the bank paid more fines under a new agreement with the Justice Department for manipulating worldwide interest rates. Barclays has paid the Clinton family $650,000 for speeches since 2009. The firm has given at least $1.5 million to the Clinton Foundation.

Covering a speech Clinton gave on July 13th,  Ben White for Politico reported on, among other things, her continued promise to repeal the carried interest tax break. She also “pledged to both defend existing financial reform and go even further, almost hinting at a need to break up the largest banks, something sure to go down poorly with some of Clinton’s biggest supporters on Wall Street.” However, financial reformers like Dennis Kelleher of Better Markets expect more: “The American people deserve a concrete, specific, comprehensive plan that really protects them from Wall Street recklessness and that she as president can be held accountable for once in office.” Others wonder whether she will “put in place a team of advisers who have a demonstrated history of supporting meaningful reform and tough enforcement, or chooses instead to surround herself with the same crowd of revolving door insiders.” Given the actions of the Clinton Foundation and Hillary’s personal ties to Wall Street, it is no wonder that financial reformers are skeptical she will follow through with policies that are as progressive as her vague pledges.

2 responses to “Candidates Routinely Threaten Wall Street, Follow Through with Little More than a Stern Scolding”