How to Vote in California

With election day almost upon us and a large number of items on the California ballot, I thought I’d share my voting recommendations. If you’re interested in more background information than what I’ve summarized below, I recommend checking out the voting guides from the Democratic Socialists of America – Los Angeles (DSA-LA) and the San Francisco League of Pissed Off Voters (The League SF). 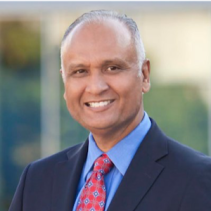 Ed Hernandez for Lieutenant Governor: The best candidate who ran for this position, Gayle McLaughlin, “didn’t make it past the primary, so we’re now faced with the choice between two much-less-exciting Democrats,” as DSA-LA describes (California has what’s called a “jungle primary,” which means that, regardless of party affiliation, the top two vote-getters in June move on to the general election). Eleni Kounalakis is posturing as the progressive, recently saying she supports single-payer health care and free community college, but don’t be fooled – she’s the Establishment candidate who has actively opposed such progressive priorities in the past. She’s also rolling in millions of dollars of real estate money, a real concern when one of the Lieutenant Governor’s few major responsibilities is sitting on the State Lands Commission.

Hernandez, a state senator, isn’t an amazing candidate – The League SF describes him as having “a long record of votes and legislative scorecards that show him landing somewhere between the progressive and squishy-middle camps in Sacramento” – but he’s endorsed by labor for a reason and is the right choice in this race if you’re at all concerned about the influence of money in politics. 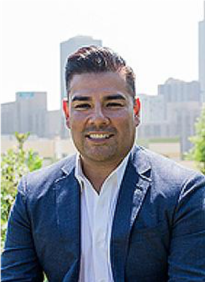 Ricardo Lara for Insurance Commissioner: Lara, the first openly gay person of color to serve in the California Senate, has a solid voting record – he co-authored a state single-payer health care bill and has fought hard to expand Medi-Cal (California’s Medicaid program) coverage to immigrants who lack legal documentation.

Lara’s opponent, Steve Poizner, held this post from 2007-2011. While Poizner has technically withdrawn from the Republican Party to run as an independent in this race, he ran for governor in 2010 as a hardline Republican on a racist, anti-immigrant platform that included calls for big tax cuts and anti-union legislation.

Poizner is unfortunately up in the polls and the Chamber of Commerce believes he presents their “best opportunity on the November ballot to elect a center-right candidate to statewide office.” It’s up to us to deliver the Chamber a disappointment and vote in somebody who will hold big health insurance companies accountable: Ricardo Lara.

Kevin De León for Senate: The incumbent De León is running against, Dianne Feinstein, has held this seat since 1992. As DSA-LA details, “she supported the Iraq war, co-sponsored an extension of the PATRIOT Act, voted for Medicare means-testing, and has been a major power in pushing the war on drugs. After being elected proudly touting centrist cred, Feinstein’s shifted her official positions to be more liberal over the years, but she still considers marijuana a gateway drug, opposes single-payer healthcare, and only recently changed her position on the death penalty. In short, Dianne Feinstein represents the worst of the insider-influence pushing, centrist Democratic party that precipitated Trump and should be removed from power.”

De León is more than just the anti-Feinstein: in addition to his staunch advocacy for Lara’s single-payer bill, he’s led on renewable energy and issues affecting immigrants. He faces an uphill battle in toppling Feinstein due to her superior name recognition, but he’s received the endorsements of some major unions and the California state Democratic Party and, with your help, has a chance to at the very least give Feinstein a serious scare.

Tony Thurmond for Superintendent of Public Instruction: Thurmond, who overcame considerable adversity growing up, is a social worker who understands firsthand the challenges many students face. His long history of supporting high-needs youth includes running mentoring and housing programs and managing services for children with disabilities. As a member of the California legislature since 2014, he’s authored legislation to, among other things, expand access to free and reduced-price meals, bolster restorative justice programs, and ban for-profit charter schools in the state. His endorsers include the state Democratic Party, organized labor, California’s top teachers, and school counselors.

Thurmond’s opponent, Marshall Tuck, is a former charter school network president who ran for this post in 2014 and lost. He’s also been the CEO for the Partnership for Los Angeles Schools, a nonprofit which manages a portfolio of Los Angeles public schools and uses philanthropic donations to supplement the public funding those schools receive. And he’s on the board of Parent Revolution, a group which purports to empower parents but has often misled them. While Tuck says he supports charter school accountability and a ban on for-profit charter schools, he opposes efforts to curb charter expansion.

Tuck’s campaign is once again receiving millions upon millions of dollars from individuals and organizations who promote aggressive charter school expansion and hope to weaken unions (in 2014, Tuck lobbied hard for a misleading lawsuit that would have weakened teacher due process protections). His overwhelming monetary advantage and strong support from Republicans have given him an edge in polling, so it’s imperative that Democrats get to the polls on Tuesday and vote for Thurmond en masse.

No on Prop 3: Bond money for water infrastructure projects sounds like a good idea, but as DSA-LA explains, “California already passed a very similar bond measure just this past June, [a measure] that included provisions to ensure that money allocation went to democratically overseen projects [and focused] on projects that are truly public properties.

By contrast, this measure was directly written by a group of private interests with devious language to ensure that it sounds like the money enriching them is going to the public.” That’s why the Sierra Club and other environmental groups are also opposing Prop 3.

No on Prop 5: This deceptively worded proposition would allow all people age 55 and older to avoid paying the appropriate property tax rate if they move from a less-expensive property to a more-expensive property. It could eventually cost the state an estimated $1 billion per year in property taxes with no legitimate justification. It is opposed by a broad coalition of community and progressive organizations. 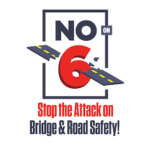 No on Prop 6: A supermajority of California legislators just passed a desperately needed gas and vehicle tax increase to fund road repairs and mass transit that have long been ignored. Prop 6 would undo that vote, stopping work on projects already underway (it would also prevent future legislatures from enacting gas and vehicle tax increases, forcing any such proposal to be enacted via the proposition system). We can choose poorly maintained roads and inadequate public transportation infrastructure or we can reject Prop 6.

Yes on Prop 8: The easiest way to see why Prop 8 is a good idea is to follow the money. Two big dialysis corporations, DaVita and Fresenius, have spent a combined $100 million trying to defeat the initiative. With that kind of cash to throw around (DaVita raked in $1.8 billion in profits in 2017) you’d think they wouldn’t need to gouge dialysis patients – and you’d be right! – but that’s exactly what they do. Prop 8, which would limit their revenue to 115% of the costs of providing care, deserves your support.

Yes on Prop 10: Back in 1995, California legislators blocked local governments from passing rent control laws with the Costa-Hawkins Act. Prop 10 would repeal Costa-Hawkins, allowing city and county governments to consider enacting rent control if they so chose. Affordable housing advocates thus support Prop 10 as a means of reviving the rent control option. Real estate developers and landlords who would prefer to rip off their tenants oppose it, spending tens of millions of dollars to lie to voters about Prop 10’s impact. Don’t get sucked in by their misinformation campaign.

No on Prop 11: A for-profit ambulance corporation, American Medical Response, is hoping that they can use Prop 11 to avoid complying with labor law. They’ve invested $22 million in this attempt to deny rest and meal breaks to ambulance workers and shield themselves from pending lawsuits. Even beyond my support for worker rights, I’d prefer that these companies hire enough employees to ensure that emergency responders are well-rested and well-fed – if you agree, the only choice is to vote no on 11.

Why isn’t every statewide race and proposition on your list?

For the propositions, I wanted to highlight those that are most important and/or controversial. I’m torn on Prop 12, which is why I decided not to include it in my list – I’m voting no because it has some problems but think the arguments for voting yes are reasonable and understand why most animal rights groups support it. I’d recommend voting Yes on Prop 1, Yes on Prop 2, Yes on Prop 4, and Yes on Prop 7, but I haven’t seen a ton of misinformation out there on them and didn’t want to take attention away from the others.

When it comes to the individual races, especially since there are no third-party or write-in candidates, many folks will reasonably choose the better of two candidates even in races without a particularly great option. For races that aren’t particularly close, however, others may choose to abstain, sending a message to the Democrat likely to win that they can’t take progressive support for granted. I only listed the individual races for which I believe the merits of a proactive vote are clear.

As an example, I didn’t endorse in the gubernatorial race. DSA-LA recommends voting for Gavin Newsom because his opponent, John Cox, “is endorsed by Donald Trump, and running on an anti-immigrant platform with strong overtones of fascism.” DSA-LA also notes that Newsom’s platform, catering to a “Bernie-Sanders-inspired revolt within the California Democratic party,” is “very, very good, including sanctuary state policies, ending private prisons, [a] state bank, single-payer healthcare, [and] universal preschool.” But they still say “you shouldn’t trust Newsom” for the same reasons The League SF didn’t endorse the Democratic favorite: while he’s been good on certain social issues (like gay marriage) throughout his career, his alignment with big business interests has long been a cause for concern. Since the race also isn’t close – Newsom has a greater-than-99% chance of winning – I think reasonable people can disagree on whether proactively voting for him makes sense. Either way, once he’s elected, as DSA-LA notes, we can’t “expect him to deliver any of his promises unless we fight for them.”