In this post, Part 4 in a series on Democratic presidential candidate Hillary Clinton, Emilio da Costa describes Clinton’s record on international trade and business issues. Emilio, who holds a master’s degree in City and Regional Planning from Berkeley and a bachelor’s degree in Urban Studies from Stanford, can be contacted on Twitter or by email. 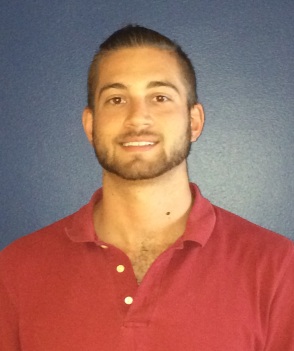 During her career in government, Hillary Clinton has routinely prioritized the interests of corporate profiteers while neglecting the rights of workers. Her support of so-called “free trade” agreements in particular illustrates where her priorities lie.

While in the Senate, for example, Clinton backed agreements with Chile, Singapore, and Oman despite their clear lack of labor protections. As David Sirota and Matthew Cunningham-Cook reported for the International Business Times:

At the time, the AFL-CIO said, “The labor provisions of the Chile and Singapore FTAs will not protect the core rights of workers, and represent a big step backwards.” The union federation also opposed the deal with Oman. Its president, John Sweeney, noted that “the State Department has identified Oman as a destination country for men and women who become victims of  trafficking and forced labor.”

In some cases, Clinton even directly worked against improved labor standards for workers in other countries. In a piece for The Nation, Dan Coughlin and Kim Ives utilize content from cables obtained by WikiLeaks to describe how Secretary Clinton’s State Department lobbied the Haitian president to help multinational clothing retailers undermine a minimum wage increase unanimously passed by the Haitian Parliament:

Contractors for Fruit of the Loom, Hanes and Levi’s worked in close concert with the US Embassy when they aggressively moved to block a minimum wage increase for Haitian assembly zone workers, the lowest-paid in the hemisphere, according to secret State Department cables.

The factory owners told the Haitian Parliament that they were willing to give workers a 9-cents-per-hour pay increase to 31 cents per hour to make T-shirts, bras and underwear for US clothing giants like Dockers and Nautica.

But the factory owners refused to pay 62 cents per hour, or $5 per day, as a measure unanimously passed by the Haitian Parliament in June 2009 would have mandated. And they had the vigorous backing of the US Agency for International Development and the US Embassy when they took that stand.

To resolve the impasse between the factory owners and Parliament, the State Department urged quick intervention by then Haitian President René Préval.

“A more visible and active engagement by Préval may be critical to resolving the issue of the minimum wage and its protest ‘spin-off’—or risk the political environment spiraling out of control,” argued US Ambassador Janet Sanderson in a June 10, 2009, cable back to Washington.

Two months later Préval negotiated a deal with Parliament to create a two-tiered minimum wage increase—one for the textile industry at about $3 per day and one for all other industrial and commercial sectors at about $5 per day.

Clinton’s record is very similar when it comes to the most recent “free trade” agreement – the Trans-Pacific Partnership (TPP). The TPP has been the subject of well-deserved scrutiny, and not just from “liberals” like the Economic Policy Institute’s Robert E. Scott, Senators Elizabeth Warren and Bernie Sanders, and former US Labor Secretaries F. Ray Marshall and Robert Reich. Former US Treasury Secretary Larry Summers, the economist famous for, among many things, his role in the deregulation of the US financial system, has also raised doubts about the merits of the agreement. Here’s Summers in a surprisingly populist op-ed for The Washington Post:

First, the era of agreements that achieve freer trade in the classic sense is essentially over. The world’s remaining tariff and quota barriers are small and, where present, less reflections of the triumph of protectionist interests and more a result of deep cultural values such as the Japanese attachment to rice farming… A reflexive presumption in favor of free trade should not be used to justify further agreements. Concerns that trade agreements may be a means to circumvent traditional procedures for taking up issues ranging from immigration to financial regulation must be taken seriously…

[The US economy] has supported the greatest economic progress in the history of the world in emerging markets and is working spectacularly well for capital and a cosmopolitan elite that moves easily around the world. But being pressed down everywhere are middle classes who lack the wherewithal to take advantage of new global markets and do not want to compete with low-cost foreign labor. Our challenge now is less to increase globalization than to make the globalization we have work for our citizens.

In that respect, the TPP doesn’t look good. Scott discusses how free trade has historically depressed US wages and why the lack of enforceable currency provisions in the agreement could lead to job losses. Reich and Marshall caution that its “patent provisions risk delaying or even preventing generic competition, thus keeping lifesaving medicine out of patients’ hands.” Warren details how the agreement’s Investor State Dispute Settlement (ISDS) provisions “would allow big multinationals to weaken labor and environmental rules” and why, despite the fact that the “TPP is being hailed as the strongest free trade agreement yet,” our terrible enforcement record when it comes to previous agreements (and the same empty promise being made over and over again) belies that claim.

What does all of that have to do with Clinton? As Sirota and Cunningham-Cook note, Clinton was a strong supporter of the TPP during negotiations:

In a 2012 speech in Australia, Clinton referred to TPP as “the gold standard in trade agreements to open free, transparent, fair trade, the kind of environment that has the rule of law and a level playing field. And when negotiated, this agreement will cover 40 percent of the world’s total trade and build in strong protections for workers and the environment.”

But that was just one speech, right? Wrong.

In a 2012 speech in Singapore, Clinton explicitly promoted the TPP as an initiative that “will lower barriers, raise standards, and drive long-term growth across the region.” She also used the collective “we” in describing the work being done on the pact, saying, “we are making progress toward finalizing a far-reaching new trade agreement called the Trans-Pacific Partnership.” She also said “we are offering to assist with capacity building, so that every country in ASEAN can eventually join.” The video of the key part of her speech can be seen here:

In fact, even CNN, which judging from the recent Democratic primary debate seems to unabashedly favor Clinton, published an article listing 45 times that Secretary Clinton pushed the very trade bill that she now claims to oppose.

Her flip-flop, as Sirota and Cunningham-Cook note, is typical:

Clinton has a history of abruptly changing positions on trade policy. When running for president in 2008, she criticized the North American Free Trade Agreement, despite reports that she supported it while her husband was president. Clinton also pledged to oppose a proposed free trade agreement with Colombia. Only two years later, as secretary of state, she backed that deal while her family’s foundation received money from a Colombian oil firm and its founder.

Though she has tried to justify her reversal this time around, her claims are unconvincing. As Tim Lee explained at Vox:

In the interview with PBS’s Judy Woodruff where she came out against the treaty, she cited two specific objections: It doesn’t have language dealing with currency manipulation, and it has provisions that favor big drug companies over patients.

These are totally plausible arguments for opposing the TPP. But they make no sense as reasons for Clinton to change her mind about the treaty.

Why not? Because, as Lee describes, the “pharmaceutical language in the TPP is better than expected” and “currency manipulation was never going to be part of the TPP.”  If Clinton was serious when she lauded the “gold standard” TPP for “free, transparent, fair trade” in 2012, she should be even more supportive of the deal now.  Instead, the minute that the TPP became widely unpopular, she changed her position, saying that it didn’t meet the “high bar” she had set for it.

I can only draw three logical conclusions from these remarkable contradictions:

Unfortunately, none of these conclusions give me any reassurance that it would be a good idea to entrust Clinton with more political power.