Jesse Koklas, a volunteer for the Bernie Sanders campaign with a B.A. in Politics and French & Francophone Studies from Brandeis University, recently asked her senator, Elizabeth Warren, to endorse Sanders in the Democratic Primary.  A version of the letter she sent is below. 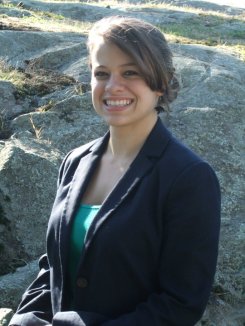 Please endorse Senator Bernie Sanders in his campaign for President. He represents the antithesis to the 1%, one of the only other voices besides yours that remains unflinching in the face of corporate self-interest.

When I moved to Waltham to attend Brandeis University, I registered in Massachusetts so I could vote for you. We met at a rally you held with Rep. Markey a few years ago. Thank you for your talk then and your work since!

I admire you and Senator Sanders for the same reason: you both boldly speak the truth. And as Senator Sanders himself has asserted and I’m sure you agree, the truth is that it will take a lot more than just Bernie Sanders to make real dramatic change to our unequal system, controlled as it is by the purse strings of those far removed from the struggles of the average citizen.

People don’t engage in our political process because they don’t feel like they can make a difference. That is a circular, self-fulfilling prophecy, and one we will never escape if we don’t start truly mobilizing the electorate.

In order to win the vote from the well-funded, politically elite candidates, we need all of the people I’m talking to in the street, in my kitchen, and at the local watering hole to come out and vote. Bernie Sanders’ message can speak to them. If these people show up and stay engaged, it will allow someone to take the conversation about our broken system to the oval office, someone who will not back down when confronted by those who still refuse to listen.

This campaign can make a statement about how our current political system has failed to represent our citizens. I think you can help people hear this statement. You could help excite voters to come to the polls for Bernie.

Ms. Warren: if these people come out and vote and become active in the political process, think about the potential: we could change laws that our entire system is based on. Citizens United could be overturned. That’s the type of thing that the Bernie Sanders campaign is all about.

I respect your decision not to endorse anyone until now, but you have an intelligent and dedicated group of constituents who trust your judgment. We know that your compass needle is perpetually pointing north and we need you to endorse Bernie Sanders. You know how to make people pay attention, and I think it’s time America paid attention to Bernie.